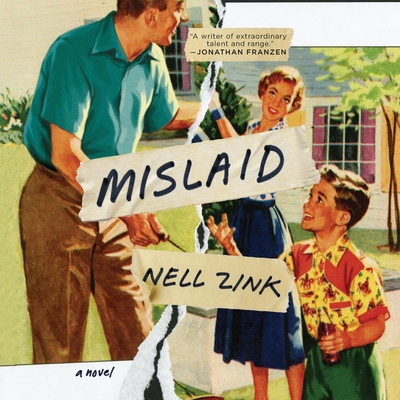 A sharply observed, mordantly funny, and startlingly original debut from an exciting, unconventional new voice, about the making and unmaking of the American family that lays bare all of our assumptions about race and racism, sexuality and desire.

Stillwater College in Virginia, 1966. Freshman Peggy, an ingénue with literary pretensions, falls under the spell of Lee, a blue-blooded poet and professor, and they begin an ill-advised affair that results in an unplanned pregnancy and marriage. The couple are mismatched from the start--she’s a lesbian, he’s gay--but it takes a decade of emotional erosion before Peggy runs off with their three-year-old daughter, leaving their nine-year-old son behind.

Worried that Lee will never have her committed for her erratic behavior, Peggy goes underground, adopting an African American persona for her and her daughter. They squat in a house in an African American settlement, eventually moving into a housing project where no one questions their true racial identities. As Peggy and Lee’s children grow up, they must contend with diverse emotional issues: Byrdie must deal with his father’s compulsive honesty; while Karen struggles with her mother’s lies--she know nether her real age, nor that she is “white,” nor that she has any other family.

Years later, a minority scholarship lands Karen at the University of Virginia, where Byrdie is in his senior year. Eventually the long lost siblings will meet, setting off a series of misunderstanding and culminating in a comedic finale worthy of Shakespeare.