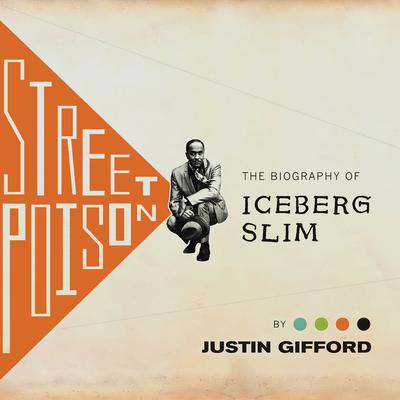 The first and definitive biography of one of America's bestselling, notorious, and influential writers of the twentieth century: Iceberg Slim, ne Robert Beck, author of the multimillion-copy memoir Pimp and such equally popular novels as Trick Baby and Mama Black Widow.

For a career as a, yes, ruthless pimp in the '40s and '50s, Iceberg Slim refashioned himself as the first and still the greatest of "street lit" masters, whose vivid books have made him an icon to such rappers as Ice-T, Jay-Z, and Snoop Dogg and a presiding spirit of "blaxploitation" culture. You can't understand contemporary black (and even American) culture without reckoning with Iceberg Slim and his many acolytes and imitators.

Literature professor Justin Gifford has been researching the life work of Robert Beck for a decade, culminating in Street Poison, a colorful and compassionate biography of one of the most complicated figures in the twentieth-century literature. Drawing on a wealth of archival material—including FBI files, prison records, and interviews with Beck, his wife, and his daughters—Gifford explores the sexual trauma and racial violence Beck endured that led to his reinvention as Iceberg Slim, one of America's most infamous pimps of the 1940s and '50s. From pimping his profoundly influential confessional autobiography, Pimp, to his involvement in radical politics, Gifford's biography illuminates the life and works of one of American literature's most unique renegades.