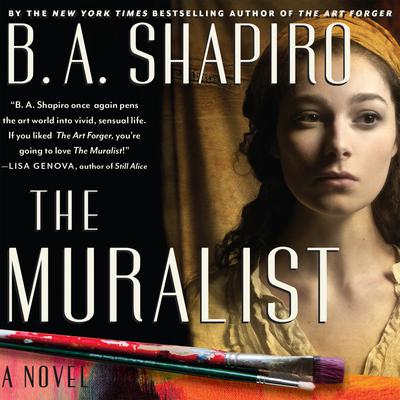 By B. A. Shapiro, Xe Sands (Narrator)

From the author of the New York Times bestseller The Art Forger come a thrilling new novel of art, history, love, and politics that traces the life and mysterious disappearance of a brilliant young artist on the eve of World War II. Alizee Benoit, an American painter working for the Works Progress Administration (WPA) vanishes in New York City in 1940 amid personal and political turmoil. No one knows that happened to her. Not her Jewish family living in German-occupied France. Not her artistic patron and political compatriot, Eleanor Roosevelt. Not her close-nit group of friends, including Mark Rothko, Jackson Pollock, and Lee Krasner. And, some seventy years later, not her great-niece, Danielle Abrams, who while working at Christie's auction house uncovers enigmatic paintings hidden behind recently found works by those now famous Abstract Expressionist artists. Do they hold answers to the questions surrounding her missing aunt? Entwining the live of both historical and fictional characters, and moving between the past and the present, The Muralist plunges readers into the divisiveness of prewar politics and the largely forgotten plight of European refugees refused entrance to the United States. It captures both the inner working of todays New York art scene and the beginnings of the vibrant and quintessentially American school of Abstract Expressionism. B.A. Shaprio is a master at telling a gripping story while exploring provocative themes. In Alezee and Danielle she has created two unforgettable women, artists both, who compel us to ask, What happens when luminous talent collides with inexorable historical forces? Does great art have the power to change the world? And to what lengths should a person to thwart evil?