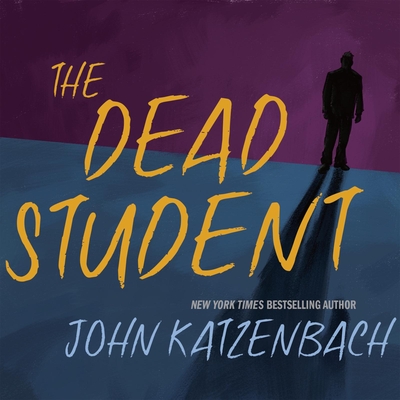 A master of the modern psychological thriller, internationally bestselling author John Katzenbach is an unrivaled investigator of that most primal human motive revenge. A tense, penetrating novel, The Dead Student follows a young man set on avenging the uncle who saved his life, no matter the consequences. Timothy Warner, a PhD student who goes by the nickname “Moth,” wakes up on his ninety-ninth day of sobriety with an intense craving for drink. He immediately calls his uncle Ed, a former alcoholic and now successful psychiatrist who has become Moths mentor and father figure. Ed promises to meet him at an AA meeting later that day but never shows up. Moth bikes to his office only to discover a grisly scene his uncle lying in a pool of blood, shot through the temple. Deeply shaken, Moth dials 911 and waits for the police, who pronounce the death a suicide. Two words are scrawled across Ed's prescription pad: My fault. But Moth refuses to believe that his uncle would take his own life. Devastated and confused, he calls on the only person he thinks he can trust: Andrea Martine, an ex-girlfriend he has not spoken to in four years, a young woman who is struggling through her own trauma. Each battling their inner demons, Moth and Andy travel into dark, unfamiliar territory, intent on finding out the truth about Ed's death and circling ever closer to a devious mind that will flinch at nothing to achieve his own goal of revenge.

JOHN KATZENBACH has written several bestselling novels, including two Edgar Award nominees and three works that have been made into major motion pictures. Katzenbach has been a criminal court reporter for The Miami Herald and Miami News and a featured writer for the Herald’s Tropic magazine. He lives in western Massachusetts.