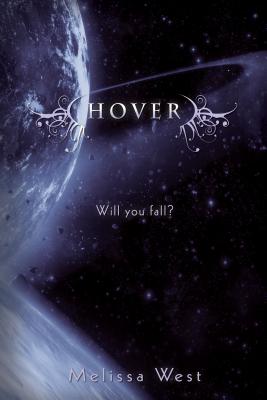 "Hover, if you can imagine, is even better than Gravity!" –Richa, City of Books

On Earth, seventeen-year-old Ari Alexander was taught to never peek, but if she hopes to survive life on her new planet, Loge, her eyes must never shut. Because in this world, pleasure is everything, held up by a ruling body that keeps their people in check by giving them what they want and closing their eyes to what's really happening around them. The only hope Loge has is to move its people to Earth, and they have a plan.

Thousands of humans crossed over to Loge after a poisonous neurotoxin released into Earth's atmosphere, nearly killing them. They sought refuge in hopes of finding a new life, but what they became were slaves, built to siege war against their home planet. That is, unless Ari and Jackson can stop them. But on Loge, nothing is as it seems…and no one can be trusted.

“Gravity is a nonstop action thrill ride set in a richly imagined sci-fi version of earth, featuring a bold heroine who knows how to fight, just not who she should be fighting for. Start reading and you won't. Ever. Stop.” —Jennifer Bosworth, author of Struck (FSG/Macmillan) on Gravity

Melissa West lives in a tiny suburb of Atlanta, GA with her husband and daughter. She pretends to like yoga, actually likes to read, and could not live without coffee. She holds a B.A. in Communication Studies and an M.S. in Graphic Communication, both from Clemson University. Her blood runs orange.