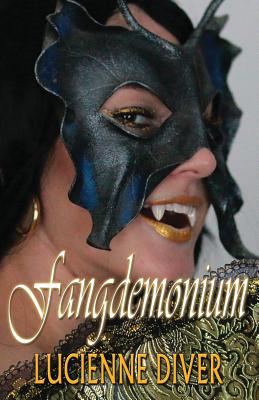 Fanged and fabulous . . . and hunted.

Gina Covella, fashionista of the fanged, and her entourage are primed to reveal the existence of vampires on the popular Ghouligans television show, when their former federal handlers swoop in to shut them down and imprison the vamps in one of their super secret testing facilities. Or not so secret, as the gang knows all about the horror hospitals and has sworn to take them down.

Their daring escape runs them right into the arms of "the resistance"--a group of humans and vampires who've joined together to stop the fighting that's made Gina and her boy Bobby's hometown a bloody battlefield. Going home brings them back to old nemeses as well, including the psycho psychic who declared Gina "chaos" and Bobby "the key." They hope he'll unlock the secret of stopping the Feds' freakshow experiments for good, because they're building up to something big. Huge. And they're consolidating their power in the Big Easy, aka New Orleans, where what's cooking is nothing less than the final showdown.

Book 5 in the Vamped series.