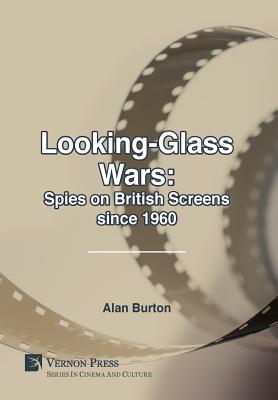 Spies on British Screens since 1960

Looking-Glass Wars: Spies on British Screens since 1960 is a detailed historical and critical overview of espionage in British film and television in the important period since 1960. From that date, the British spy screen was transformed under the influence of the tremendous success of James Bond in the cinema (the spy thriller), and of the new-style spy writing of John le Carr and Len Deighton (the espionage story). In the 1960s, there developed a popular cycle of spy thrillers in the cinema and on television. The new study looks in detail at the cycle which in previous work has been largely neglected in favour of the James Bond films. The study also brings new attention to espionage on British television and popular secret agent series such as Spy Trap, Quiller and The Sandbaggers. It also gives attention to the more 'realistic' representation of spying in the film and television adaptations of le Carr and Deighton, and other dramas with a more serious intent. In addition, there is wholly original attention given to 'nostalgic' spy fictions on screen, adaptations of classic stories of espionage which were popular in the late 1970s and through the 1980s, and to 'historical' spy fiction, dramas which treated 'real' cases of espionage and their characters, most notably the notorious Cambridge Spies. Detailed attention is also given to the 'secret state' thriller, a cycle of paranoid screen dramas in the 1980s which portrayed the intelligence services in a conspiratorial light, best understood as a reaction to excessive official secrecy and anxieties about an unregulated security service. The study is brought up-to-date with an examination of screen espionage in Britain since the end of the Cold War.
The approach is empirical and historical. The study examines the production and reception, literary and historical contexts of the films and dramas. It is the first detailed overview of the British spy screen in its crucial period since the 1960s and provides fresh attention to spy films, series and serials never previously considered.