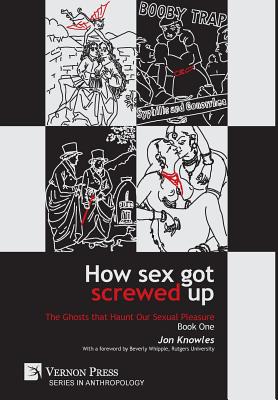 How Sex Got Screwed Up

The Ghosts that Haunt Our Sexual Pleasure - Book One: From the Stone Age to the Enlightenment

The ghosts that haunt our sexual pleasure were born in the Stone Age. Sex and gender taboos were used by tribes to differentiate themselves from one another. These taboos filtered into the lives of Bronze and Iron Age men and women who lived in city-states and empires. For the early Christians, all sex play was turned into sin, instilled with guilt, and punished severely. With the invention of sin came the construction of women as subordinate beings to men.
Despite the birth of romance in the late middle ages, Renaissance churches held inquisitions to seek out and destroy sex sinners, all of whom it saw as heretics. The Age of Reason saw the demise of these inquisitions. But, it was doctors who would take over the roles of priests and ministers as sex became defined by discourses of crime, degeneracy, and sickness.
The middle of the 20th century saw these medical and religious teachings challenged for the first time as activists, such as Alfred Kinsey and Margaret Sanger, sought to carve out a place for sexual freedom in society. However, strong opposition to their beliefs and the growing exploitation of sex by the media at the close of the century would ultimately shape 21st century sexual ambivalence.
Volume I of this two-part publication traces the history of sex from the Stone Age to the Enlightenment. Interspersed with 'personal hauntings' from his own life and the lives of friends and relatives, Knowles reveals how historical discourses of sex continue to haunt us today. This book is a page-turner in simple and plain language about 'how sex got screwed up' for millennia. For Knowles, if we know the history of sex, we can get over it.