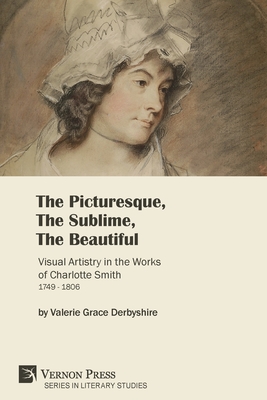 The Picturesque, The Sublime, The Beautiful

This book considers the relationships between British Romantic-era novelist, poet and writer of educational works for children, Charlotte Smith (1749-1806), and a number of visual artists of the eighteenth century with whom she had connections. By exploring these associations with artists such as George Smith of Chichester, George Romney, James Northcote, John Raphael Smith and Emma Smith, the book demonstrates how the artwork of these individual artists influenced Charlotte Smith's literary corpus. It also shows a mutual influence: how the literary works of Charlotte Smith impacted the corpora of these artists. This study uncovers information which was not heretofore known regarding these artists: it reveals a mistaken attribution of a sketch which accompanied the second volume of Smith's Elegiac Sonnets (1797) and sheds light on a print, held by the British Museum, which was previously shrouded in mystery. The artworks also enhance the existing scholarly knowledge about Smith's biography.

This book analyses the tropes and motifs employed by Smith's artist-associates in the context of the popular aesthetics of the period and undertakes parallel readings between such visual artistry and Smith's literary works. The book deliberates on how Smith utilises these aesthetics as narrative devices, making use of the tropes of the picturesque, the sublime and the beautiful, as well as that of a national British heraldic artwork, in order to produce and enhance meaning in her literary oeuvre. Thus, Smith uses aesthetic structures as vehicles for social critique, commentating on political, gender, moral and class concerns in addition to enhancing the perceived authenticity of her own artistry. The scholarship aims to correct the common misperception that Smith was a lonely marginal figure of Romanticism and instead asserts her central position in an enormous network of key artistic figures of British Romanticism.