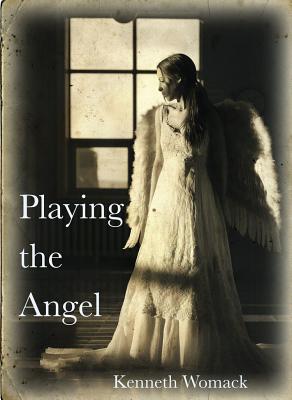 By day, Tiff Proulx works as a living statue, posing as the Statue of Liberty for the French Quarter’s tourist trade in the aftermath of Hurricane Katrina. By night, she descends into the darkness costumed as the Angel of Mercy, defending and protecting the storm refugees from the thugs who pock the city’s wayward streets. But her acts of heroism are no accident: Tiff’s days as an innocent college student came to an abrupt end after a National Guardsman, pretending to be a Good Samaritan, raped her during the height of the storm’s fury.

Tiff’s skills as a living statue include extraordinary stealth and an uncanny ability to render herself completely motionless. Using these “powers,” she transforms herself into a vigilante hero, combing the Quarter to fight evil and injustice, as well as to hunt down the man who plunged her life into despair during the storm’s darkest hours.

“There are two of them now. I can tell by the sound of their standard-issue shoes hurtling across the cobblestones of the cemetery walk. Running breathlessly, one after the other. Two New Orleans policemen chase me through the dark recesses of St. Louis No. 1 Cemetery. And they’re after little old me—or more precisely, they’re after her.

They’re dying to get their hands on the Angel of Mercy. This place is spooky enough during the day. At night, it’s a whole ’nother kind of fright. I’m standing inside the crumbling entryway to one of the above-ground crypts—above-ground on account of the earth in these parts, swollen as it is with the ever-present waters of the New Orleans basin. And it smells in here. Why mince words? It smells like death. I’m trying hard not to imagine the corpses lying in the vaults just beyond my wings. And the bones, and the demons, and God-knows-what else. Ghostly demarcations, I suppose you might call them. If you believe in that sort of thing.

I thought I had given these two the slip back on Royal Street, but they caught up with me somehow on Canal, where I tried to secret myself among a gaggle of tourists making their way back to the hotels from gambling their lives away at Bally’s on the riverfront.”—from the book

KENNETH WOMACK is the author of two previous novels, including John Doe No. 2 and the Dreamland Motel, which won the Bronze Award in Foreword Reviews’ Book of the Year competition,and The Restaurant at the End of the World. He is the author of numerous works of nonfiction, including Long and Winding Roads: The Evolving Artistry of the Beatles. He is Professor of English and Integrative Arts at Penn State University’s Altoona College, where he also serves as Associate Dean for Academic Affairs.
or support indie stores by buying on
Copyright © 2020 American Booksellers Association