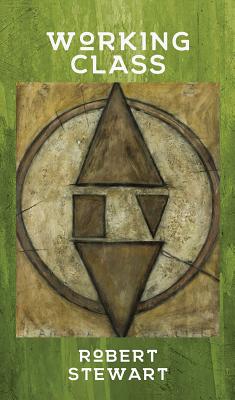 The poems in Working Class integrate the experiences of construction labor, Sicilian roots, family and spiritual life.  The focus on religious training and physical work appear in poems such as “Lucky Old Men,” and “Pretty Girls in Tight Jeans in Church.” These mostly free-verse poems incorporate subtle metrics, rhymes, and stanza structures to make the poems both accessible and lyrical. The writer Phillip Lopate has said of Stewart’s previous poems, “The knowledge is hard-won, the craft impressive.” Poems such as “Birds of the South” and “Baptiste Bakery,” expand the range of imagery to include travels to the tropics and to Europe—in the poem “Fiesole,” the author visits Italy, his ancestral country, with his 16-year-old son, to explore themes of immigration, fatherhood, and renewal.

Robert Stewart’s previous books include Plumbers (poems) and The Narrow Gate: Essays on Writing, Art & Values.  He has won a National Magazine Award as editor of the journal New Letters, published by the University of Missouri-Kansas City.
Loading...
or support indie stores by buying on