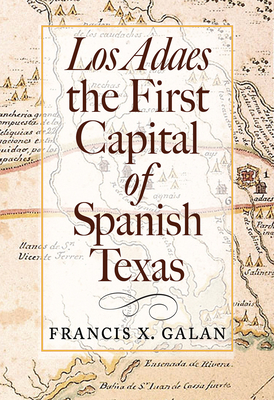 In 1721, Spain established a fort and mission on the Texas-Louisiana border, or frontera, to stem the tide of people and goods flowing back and forth between northern New Spain and French Louisiana. Named in part after the indigenous Adai people, the complex of the presidio (Nuestra Señora del Pilar de los Adaes) and the mission (San Miguel de Cuellar de los Adaes) became collectively known as Los Adaes. It was the capital of Tejas for New Spain.

In the first book devoted to Los Adaes, historian Francis X. Galan traces the roots of the current US-Mexico border to the colonial history of this all but forgotten Spanish fort and mission. He demonstrates that, despite efforts to the contrary, Spain could neither fully block the penetration of smuggled goods and settlers into Texas from Louisiana nor could it successfully convert the Native Americans to Christianity and the Spanish economic system. In the aftermath of the transfer of Louisiana from France to Spain in 1762, Spain chose to shutter the fort and mission.

The settlers, or Adaeseños, were forced to march to San Antonio in 1773. Some returned to East Texas soon after to establish Nacogdoches. Others remained in San Antonio, the new capital of Spanish Texas, and settled on lands distributed from the secularized Mission San Antonio de Valero, a mission now widely known as the Alamo.

Los Adaes, the First Capital of Spanish Texas makes a major contribution to Texas history by providing a richer perspective on the shifting borders of colonial powers.

FRANCIS X. GALAN is assistant professor of history at Texas A&M University–San Antonio. He is the coauthor of San Antonio’s Churches and numerous scholarly articles on Spanish Texas, Tejano history, and borderlands studies. He resides in San Antonio, Texas.