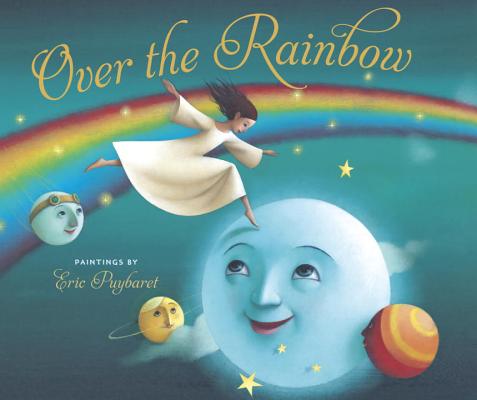 The classic #1 song of the century and bestselling picture book has been transformed into a magnificent board book. Breathtaking and magical artwork by Eric Puybaret will magically transport young readers from a little red farmhouse up over the rainbow, into the sky where bluebirds fly and castles rise high in the clouds, and beyond.
• Ranked #1 on the "Songs of the Century" list compiled by the Recording Industry Association of America and the National Endowment for the Arts
• Ranked #1 by the American Film Institute as the greatest movie song of all time on "AFI’s 100 Years….100 Songs" list

Composer Harold Arlen and lyricist E.Y. Harburg were two of Broadway and Hollywood’s most popular songwriters. They wrote the songs for the classic film The Wizard of Oz, for which they won an Academy Award®.
Loading...
or
Not Currently Available for Direct Purchase