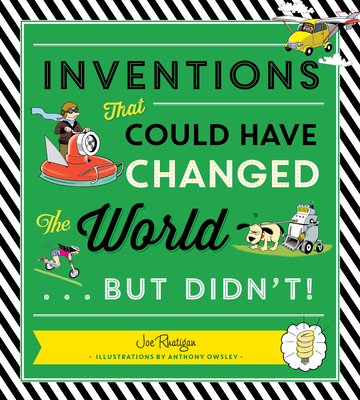 Inventions That Could Have Changed the World...But Didn't!

Dive into the US Patent Office's zaniest back-catalogue entries in this laugh-out-loud collection of wacky, weird, and unwieldy inventions!

Why haven't we ever heard of the jumping balloon, the ejector bed, or the Portable Baby Cage? Some inventions were too off-putting. Others simply didn’t work, though they laid the foundation for greater successes down the line (here's looking at you, Mr. Henry Ford). And still others may be the next big thing . . . some day. Learn about the inventors, what they thought they would build, and what—if anything—they actually accomplished. Zany illustrations of the contraptions in use throughout.

Praise For Inventions That Could Have Changed the World...But Didn't!…