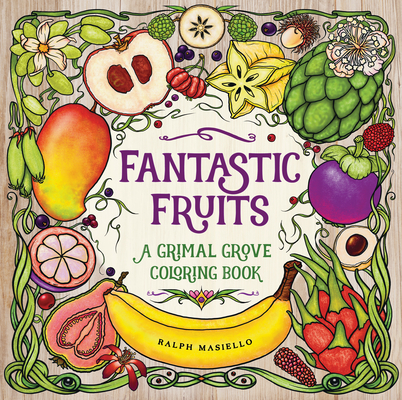 In the Florida Keys, far off the beaten path, is the tropical garden paradise of Grimal Grove. For the first time, a wider audience can explore its rare and exotic fruits in this fantastic coloring book.

In the 1950s, a man named Adolf Grimal had a dream of establishing a rare tropical fruit nursery for rambutan, canistel, lychee, and more in the Florida Keys. But the bedrock of the islands cannot normally sustain such lush vegetation. It was only through Grimal's engineering know-how and persistence that hundreds of plants, like the nuaga sapote, perhaps one of the rarest on the planet, thrived.

This hidden paradise became known as Grimal Grove. Now children and adults alike can learn about its unique catalog of exotic fruit in this coloring and drawing adventure.

Ralph Masiello--affectionately known as "The Icky Bug Man"--has illustrated several children's books including The Icky Bug Alphabet Book, The Yucky Reptile Alphabet Book, The Flag We Love, and his own series of drawing books. He is a graduate of Rhode Island School of Design.
Loading...
or
Not Currently Available for Direct Purchase