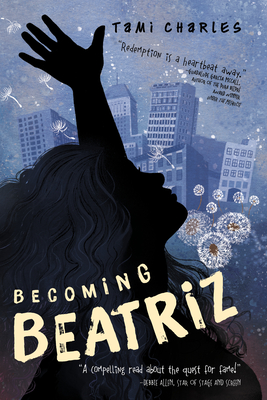 ♦ In a city where "cocaine is king," can a teenage gang leader dare to dream of another life? Newark, New Jersey. 1984. Beatriz Mendez and her older brother, Junito, lead the powerful Latin Diablos gang. Everything changes on Beatriz's 15th birthday when a Haitian gang leaves Junito for dead and Beatriz badly injured. A Like Vanessa (2018) spinoff, this page-turner opens dramatically with a visceral fight scene that introduces a fierce protagonist. Beatriz is a Spanglish-speaking Puerto Rican badass with "a blade tucked inside [her] cheek…to use on anybody who tries to step." In the aftermath of Junito's death, Beatriz struggles to maintain her standing as a Diabla, raise her grades (mostly D's and F's), and support her grief-stricken zombie of a mother. Though "dancing ain't gonna pay the bills," she allows her childhood dream of becoming a dancer to glimmer through her tough exterior each week when watching her favorite TV show, Fame. Told in the first person, this narrative is full of passion and humor, with flashbacks rooted in Beatriz's beloved salsa music. Realistic newsprint clips effectively add context. A friendship/romance with a new boy contributes depth while avoiding predictability. As Beatriz transcends her trauma and self-doubt—"No such thing as a gangbanger turned famous dancer"—readers experience a necessary portrayal of a young Afro Latina woman who makes her own path, one that isn't straightforward, told in an extremely realistic voice. Inspiring and fresh.
—Kirkus Reviews, starred review

Tami Charles is a former elementary school teacher who now writes full-time and resides in Central New Jersey.
She is the author of Like Vanessa, the Definitely Daphne series, and Freedom Soup.
Loading...
or
Not Currently Available for Direct Purchase