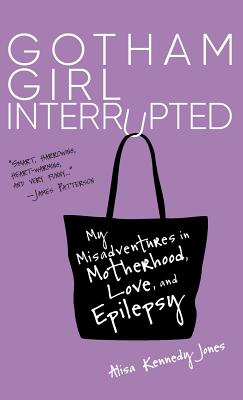 My Misadventures in Motherhood, Love, and Epilepsy

Smart stand-up comedy about the power of falling down, Gotham Girl Interrupted is loaded with brash truths and laugh-out-loud moments about the epileptic age and culture in which we all live. It's also a dispatch from the frontlines of neurodiversity. Above all, it's about the battle for becoming who you are supposed to be and finding your tribe--no matter how much flopping around on the ground and wetting yourself you have to do to get there.

With wit and humility, Alisa Kennedy Jones chronicles her experiences after a diagnosis of ecstatic epilepsy (also suffered by Dostoevsky, Van Gogh, Da Vinci and Agatha Christie). Beginning with the first in a series of terrifying yet beautiful grand mal seizures, which she likens to "swallowing a bolt of lightning," each seizure leaves her with what Zen Buddhists sometimes refer to as a "beginner's mind"--a vast, open expanse of headspace, coupled with a creative euphoria. It's a state that renders you less encumbered by everything you've already learned, but also challenged by having to relearn some of the more basic aspects of daily life.