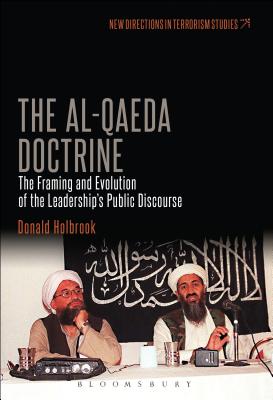 Ever since it was first established, the senior leadership of Al-Qaeda has sought to communicate its core values, rationalizations, and principles to the world. Altogether, these statements convey Al-Qaeda's doctrine and the beliefs for which the leadership claims to be fighting.

This volume in the New Directions in Terrorism Studies series analyzes over 250 statements made by the organization's two key leaders, Ayman Al-Zawahiri and Usama Bin Ladin, over the last two decades. It provides an in-depth and systematic analysis of these communications, showing which key issues emphasized by the two leaders evolved over time and highlighting their core principles. It explore Al-Qaeda's problem diagnosis, the solutions offered by its two leaders, their escalating --although often contradictory-- approach towards violence, and their chosen communication strategy for different types of audiences.

The book shows how Al-Qaeda's leadership began to develop an increasingly critical approach towards Islam in the wake of the 9/11 attacks and discusses tensions that may undermine the resilience of its doctrine. This unique evidence-based analysis of Al-Qaeda will attract academics specializing in terrorism and counterterrorism as well as the policy community.

Donald Holbrook is Research Fellow at the Centre for the Study of Terrorism and Political Violence (CSTPV), University of St. Andrews, Scotland, UK. He has contributed to The Routledge Handbook of Terrorist Research (2011) and co-edited Extreme Right Wing Political Violence and Terrorism (Continuum, 2012).
or
Not Currently Available for Direct Purchase