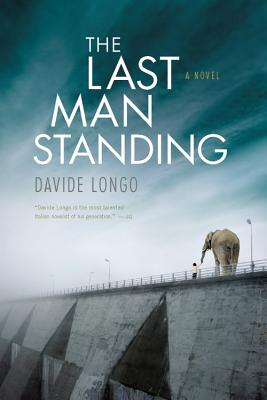 GQ (Italy) called Davide Longo, "the most talented and intense Italian novelist of his generation." In this dystopian, post-apocalyptic literary novel, Italy is on the brink of collapse: borders are closed, banks are refusing to distribute money to their clients, the postal service is shuttered, and food supplies are running short. Armed gangs of drug-fueled youth rampage through the countryside as the nation descends into chaos.

Leonardo was once a famous writer and professor before a sex scandal ended his marriage and his career. With society collapsing around them, his ex-wife leaves their daughter and son in his care as she sets off in search of her new husband, who is missing. Ultimately, Leonardo is forced to evacuate and take his children to safety, but to do so he will have to summon a quality he has never exhibited before: courage.

Praise For The Last Man Standing…

"A bleak, lyrical tale that evokes Cormac McCarthy's The Road.... Gruesome, intense, and strange... a eruozone nightmare brought to life on the page."—James Lovegrove, Financial Times

"A complex and compelling investigation of the behavior of survival."—Times Literary Supplement

"A novel in which precision of language is as crucial an element as the steadily accelerating tension."—Barry Forshaw, The Independent

"A powerful insight into the most primal corners of the human psyche. Longo is a superb writer and every sentence drips intelligence and humanity... The Last Man Standing is set to be one of the best novels of the year."—Damien Walter, SFX

"With mesmerizing control of language, Longo weaves a tale that will leave readers with much to think about long after they have put it down."—The Irish Examiner

"A wealth of imagery carries the reader through scenes of torture and youthful atrocities along a landscape as stark as Comac McCarthy's The Road. But those who stick with Leonardo will be rewarded."—Library Journal

"Beautifully written, totally plausible interpretation of a dystopian, economically and politically bereft Europe 13 years in the future, as seen through the eyes and experiences of a disgraced leader of social conscience."—We Love this Book

"The story in The Last Man Standing might sound familiar, if it weren't for the fact that Davide Longo has written it better than anyone else."—Daria Bignardi, Vanity Fair

"A searing, dystopian parable... [A] remarkable book... Longo's characters get in touch with the basest parts of themselves in order to preserve what is denigrated as "the most arid."... Visceral and gripping."—Kirkus Reviews (starred)

AUTHOR
Davide Longo was born in 1971 in the province of Torino, Italy. In addition to novels, he writes books for children, short stories, and articles.

TRANSLATOR
Silvester Mazzarella is a distinguished translator of Italian and Swedish literature.
Loading...
or
Not Currently Available for Direct Purchase