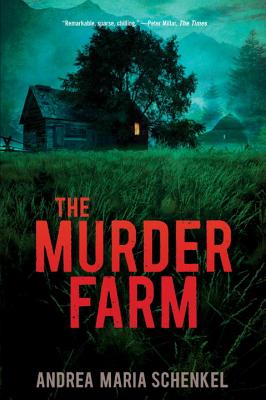 The Times Literary Supplement said of The Murder Farm, "With only a limited number of ways in which violent death can be investigated, crime writers have to use considerable ingenuity to bring anything fresh to the genre. Andrea Maria Schenkel has done it in her first novel." The first author to achieve a consecutive win of the German Crime Prize, Schenkel has won first place for both The Murder Farm and Ice Cold. The Murder Farm begins with a shock: a whole family has been murdered with a pickaxe. They were old Danner the farmer, an overbearing patriarch; his put-upon devoutly religious wife; and their daughter Barbara Spangler, whose husband Vincenz left her after fathering her daughter little Marianne. She also had a son, two-year-old Josef, the result of her affair with local farmer Georg Hauer after his wife's death from cancer. Hauer himself claimed paternity. Also murdered was the Danners' maidservant, Marie. An unconventional detective story, The Murder Farm is an exciting blend of eyewitness account, third-person narrative, pious diatribes, and incomplete case file that will keep readers guessing. When we leave the narrator, not even he knows the truth, and only the reader is able to reach the shattering conclusion.

Andrea Maria Schenkel lives with her family near Regensburg, in Bavaria, Germany. On publication in Germany, Tannod won first place in the German Crime Prize as well as the Friedrich-Glauser Prize.

Praise For The Murder Farm…

“Compelling as a mystery, the story assumes a larger social dimension with the damning picture it paints of the survivors, smugly convinced of their own rectitude but unwilling to lift a finger even to save a child.” —Publishers Weekly (starred)


"Similarities to Capote’s In Cold Blood are obvious: a rural setting, a murdered
family, a novelistic approach to true events. But this is a much slimmer book than Capote’s, and structurally it’s quite different . . .  What’s especially interesting is the author’s approach to the subject: if you read between the lines of the statements made by people who knew the Danner family—sometimes not between the lines at all—you see that they weren’t especially liked in their community. Nobody really wants to talk about them, at least not for very long, and if they don’t quite believe the Danners deserved to die, it’s clear they don’t mind very much that they did. A chilling novel.”— David Pitt, Booklist