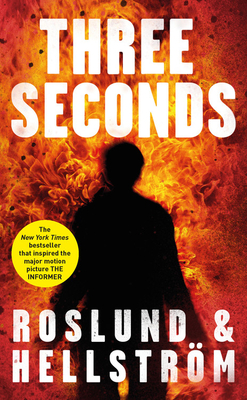 Piet Hoffmann is the Swedish police force's best undercover operative. Not even his family know of his double identity. But when a drug deal with the Polish mafia goes fatally wrong, his secret life begins to crumble around him.

Detective Inspector Ewert Grens is assigned to investigate the drug-related killing. Unaware of Hoffmann's true identity, he believes himself to be on the trail of a dangerous psychopath.

Hoffmann must desperately maintain his cover, or else he is a dead man walking. But in the doggedly perceptive Ewert Grens, he has just made the most relentless of enemies.

"A nail biter of a book."—Janet Maslin, The New York Times

"It's like Traffic on the Swedish-Polish border, but everything from the weather to the criminals' hearts is a little colder."—People magazine

"[A] sprawling and often gripping thriller.... The gritty details of drug dealing, of prison life and of the relations between cops and informants are all rendered with convincing authority in Three Seconds."—Tom Nolan, Wall Street Journal

"The action quickly draws you in and continues to grip you to the final chapters of the novel. The authors have something to say, and Three Seconds proves to be an excellent way of doing it."—Summer Moore, Associated Press

Roslund and Hellström are Sweden's most acclaimed fiction duo.

Award-winning journalist Anders Roslund is the founder and former head of Kulturnyheterna (Culture News) on Swedish television, and for many years worked as a news reporter - specializing in criminal and social issues - and as an Editor-in-chief at Rapport and Aktuellt, Sweden's two foremost news programmes.

Börge Hellström (1957-2017) was an ex-convict who brought a unique insight into the brutal reality of criminal life. He worked with the rehabilitation of young offenders and drug addicts, and was one of the founders of the crime prevention organization KRIS (Criminals Return Into Society).