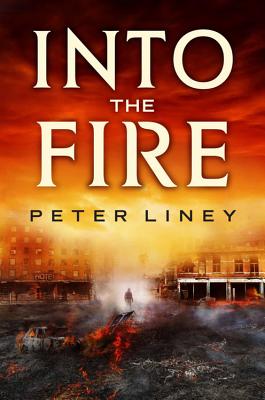 Into The Fire (The Detainee Series #2)

Having escaped the Island--a wasteland that housed those no longer able to contribute to society--Clancy thought his fight was over. But they have returned to the mainland to find that it is not the haven they anticipated. With the punishment satellites that kept them on the Island gone, hell has been unleashed. Clancy is about to discover that his work is far from over. The fires of hell don't burn much hotter than this.


Praise For Into The Fire (The Detainee Series #2)…

"A solid continuation of The Detainee. Peter Liney doesn't let his story falter at any given moment"—The Book Plank

"A compelling story about adaptability, compassion and courage"—Bibliosanctum

"If you want to read a novel with a dystopian look at ageism, an examination of an extreme example of a police state, and a dose of The Lord of the Flies blended into a unique vision of the future, this may be exactly what you've been looking for. Liney's characters and world manage to get under the reader's skin even when the exact details are a little off-putting."—Fanboy Comics, on The Detainee