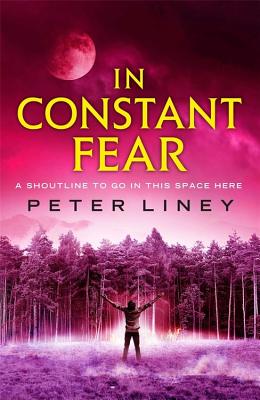 In Constant Fear (The Detainee Trilogy #3)

Over a year has passed since "Big Guy" Clancy and the ragged band of survivors managed to escape from the hellish reality of the City. Pursued by the ruthless leader of Infinity-the corporation behind the systematic extermination of thousands of "lower class" citizens-they've been on the run ever since, constantly looking over their shoulders.
Despite this, they have forged a new life working the land on an abandoned smallholding on the other side of the mountains. Hidden there, they are as close to happy as they can be.
But peace is short-lived. Strange things start to happen in the valley: too many unlucky coincidences convince them that another power is rising against them, and there are many questions to be answered: what is the shadow maker? And who-or what-has begun to howl in the night?

Praise For In Constant Fear (The Detainee Trilogy #3)…

"An impressively dark, dystopian piece with much to say about capitalism's tendency to treat human beings as commodities, disposable when no longer useful"—Financial Times, on The Detainee

"Peter Liney is a description genius ... The Detainee is definitely a book that should be read by all"—Fresh Fiction, on The Detainee

"A compelling story about adaptability, compassion and courage"—Bibliosanctum, on The Detainee