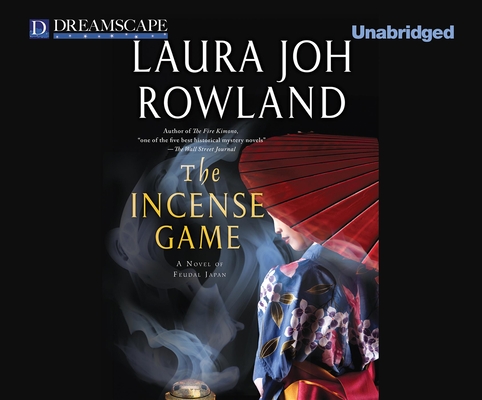 In the wake of a terrifying earthquake, Sano Ichiro races to solve a crime that could bring down the shogun's regime. When a massive earthquake devastates Japan in 1703, even the shogun's carefully regulated court is left teetering on the brink of chaos. This is no time for a murder investigation - except when a nobleman's daughters are found dead from incense poisoning and their father threatens to topple the regime unless Sano Ichiro tracks down the killer. As Sano and his wife strive to solve the case in a world that is crumbling around them, Laura Joh Rowland - author of one of the "five best historical mystery novels" (The Wall Street Journal) - brings us her most powerful and evocative thriller yet.

Laura Joh Rowland is the author of the Sano Ichiro mysteries, which have twice been named Best Mysteries of the Year by Publishers Weekly. She lived through a natural disaster when Hurricane Katrina nearly destroyed her house in New Orleans, and now lives in New York City. READER BIOWinner of more than a dozen Audiofile Earphones Awards and a three-time Audie nominee, Bernadette has been honored to narrate the work of Margaret Atwood, Joyce Carol Oates, Shirley Jackson and Anne Rice to name but a few. In the non-fiction category she has recorded the philosophy of Ayn Rand and the autobiographies of Barbara Walters and Katharine Hepburn. Popular favorites include Memoirs of a Geisha, The Devil Wears Prada and the Betty Smith classic, A Tree Grows in Brooklyn. Bernadette studied at The Royal National Theater in London and lives in New York.
Loading...
or
Not Currently Available for Direct Purchase