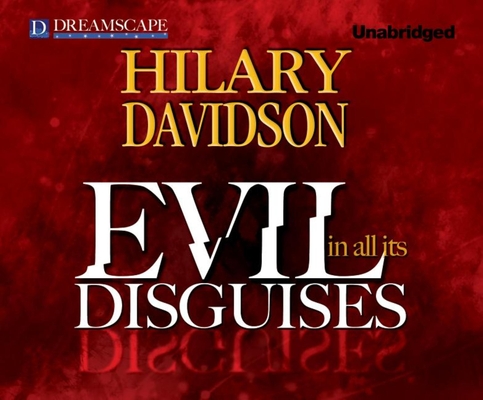 Evil in All Its Disguises (Lily Moore #3)

Lily Moore joins a group of travel journalists for an all-expenses-paid press trip to Mexico's famous resort town of Acapulco. Lily's fellow journalist, Skye McDermott, drops hints about an investigation she's conducting. Skye, deeply upset at a lover who jilted her, is obsessed with getting revenge by exposing his company's fraud and illegal activities. But when Skye suddenly disappears, Lily knows something is terribly wrong. The hotel's staff refuses to listen or to even contact the authorities, and Lily begins to suspect that Skye is in grave danger. Worse yet, as Lily herself tries to escape, she discovers she's become a virtual prisoner in a gilded cage. A deadly trap has been set, and Lily finds herself maneuvered into the role of bait.

Hilary Davidson won the Anthony Award for Best First Novel for The Damage Done. The book also earned a Crimespree Award and was a finalist for the Arthur Ellis and Macavity awards. Hilary's widely acclaimed short stories have been featured in publications from Ellery Queen to Thuglit, and in many anthologies. A Toronto-born travel journalist and the author of eighteen nonfiction books, she has lived in New York City since October 2001. READER BIO Multiple Audie nominee, Earphone Award winner, and one of Audiofile's Best Voices of 2010, Hillary has been narrating audiobooks since 2006 and has done close to 100 titles. She records on a regular basis in her studio in Santa Monica, CA, as well as with other producers. Her narration consistently garners glowing reviews. ""Hillary Huber's narration is lyrical enough to be set to music."" (Audiofile)
Loading...
or
Not Currently Available for Direct Purchase