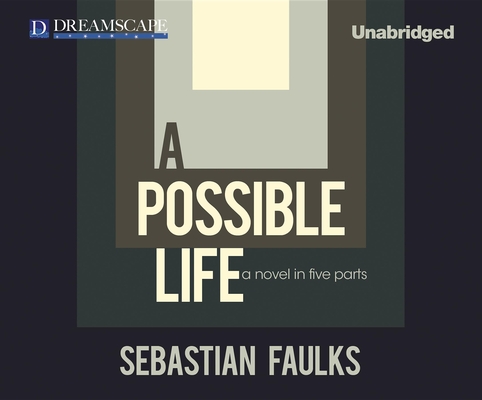 A Novel in Five Parts

“This incredible novel traces the separate trajectories of five unforgettable lives in five different time periods. Each life story is expertly etched by Faulks, and each could stand alone, but the stories become even more compelling as they join to form a provocative whole.”
— Jenny Lyons, The King's English, Salt Lake City, UT
View the List

In Second World War Poland, a prisoner closes his eyes and pictures a sunlit cricket ground. Across the yard of a Victorian poorhouse, a man is too ashamed to acknowledge the son he gave away. In a 19th-century French village, an old servant understands the meaning of the Bible story her master is reading. In the Catskills, 1971, a girl steps out of a Chevy with a song that will send shivers through her listeners' skulls. A few years from now, in Italy, a scientist discovers links between time and the human brain, and her lover's novel and his life. Throughout five masterpieces of fiction, exquisitely drawn and unforgettable characters risk their bodies, hearts and minds in pursuit of the manna of human connection.

Sebastian Faulks is the author of ten novels. They include the UK number one bestseller A Week in December; Charlotte Gray, which was made into a film starring Cate Blanchett; and the classic Birdsong, which was recently adapted for television. In 2008, he was invited to write a James Bond novel, Devil May Care, to mark the centenary of Ian Fleming. He lives in London with his wife and their three children.
or support indie stores by buying on