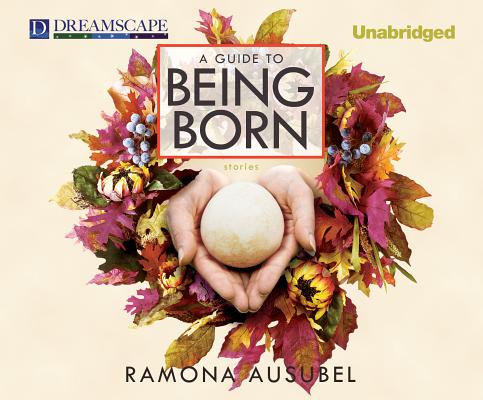 A Guide to Being Born

A Guide to Being Born is organized around the stages of life - love, conception, gestation, birth - and the transformations that happen as people experience deeply altering life events, falling in love, becoming parents, looking toward the end of life. In each of these eleven stories Ausubel's stunning imagination and humor are moving, entertaining, and provocative, leading readers to see the familiar world in a new way. In ""Atria"" a pregnant teenager believes she will give birth to any number of strange animals rather than a human baby; in ""Catch and Release"" a girl discovers the ghost of a Civil War hero living in the woods behind her house; and in ""Tributaries"" people grow a new arm each time they fall in love.

Ramona Ausubel grew up in Santa Fe, New Mexico. She holds an MFA from the University of California, Irvine where she won the Glenn Schaeffer Award in Fiction. Her work was included in a list of '100 Other Distinguished Stories of 2008' in the Best American Short Stories and thrice as a 'Notable' story in the Best American Non-Required Reading. She was a finalist for the Pushcart Prize. She lives in Santa Barbara, California.

Cassandra Campbell has recorded over one hundred audiobooks and directed many more. She has received eight AudioFile Earphones Awards, as well as being nominated for an Audie Award. As an actress and director, she has worked off Broadway and in regional theaters across the country, as well as doing voice work on numerous commercials and films.

Kirby Heyborne has received critical acclaim for his starring role in the award-winning World War II drama Saints and Soldiers. He has had starring roles in eight other features and two short films, and has also appeared on the WB's Everwood and many national commercials. He has garnered rave reviews for his narration for Books on Tape over the years and is considered one of the finest narrators working today.
Loading...
or
Not Currently Available for Direct Purchase