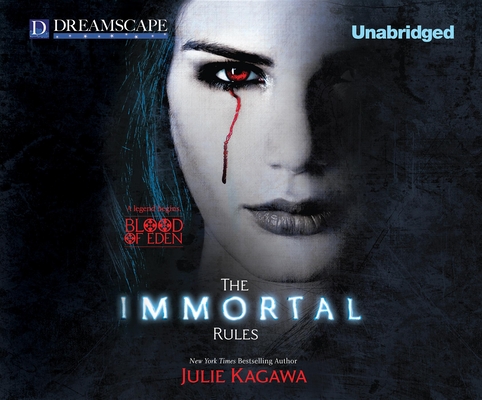 Allison Sekemoto survives in the Fringe, the outermost circle of a walled-in city. By day, she and her crew scavenge for food. By night, any one of them could be eaten. Some days, all that drives Allie is her hatred of them - the vampires who keep humans as blood cattle. Until the night Allie herself dies and becomes one of the monsters. Forced to flee her city, Allie must pass for human as she joins a group of pilgrims seeking a legend - a place that might have a cure for the disease that killed off most of civilization and created the rabids, the bloodthirsty creatures who threaten human and vampire alike. And soon Allie will have to decide what - and who - is worth dying for...again.

Born in Sacramento, CA, Julie Kagawa moved to Hawaii at the age of nine. There she learned many things; how to bodyboard, that teachers scream when you put centipedes in their desks, and that writing stories in math class is a great way to kill time. Her teachers were glad to see her graduate. Julie now lives in Louisville, KY with her husband and furkids. She is the international and NYT bestselling author of The Iron Fey series.
Loading...
or
Not Currently Available for Direct Purchase