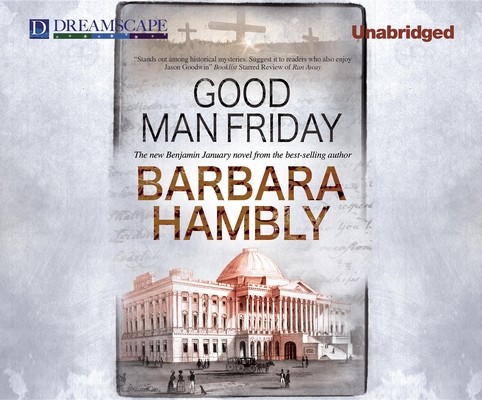 New Orleans, 1838. When Benjamin January suddenly finds that his services playing piano at extravagant balls held by the city's wealthy are no longer required, he ends up agreeing to accompany sugar planter Henri Viellard and his young wife, Chloe, on a mission to Washington to find a missing friend. Plunged into a murky world, it soon becomes clear that while it is very possible the Viellards' friend is dead, his enemies are very much alive - and ready to kill anyone who gets in their way.

Barbara Hambly holds a degree in medieval history from the University of California and has written novels in many genres, from mysteries to science fiction and fantasy. Married to science fiction writer George Alec Effinger, she lives in Los Angeles and teaches at a local college. READER BIO Kirsten Potter, a graduate of Boston University's School for the Arts, has performed on stage, film, and television. An award-winning audiobook narrator, Kirsten has won AudioFile Earphones Awards for The Snowball and her performance as Barbara in Major Barbara. Her other titles include Madapple, a Booklist Editors' Choice for Best Audiobook 2008. Kirsten has received recognition from the American Academy of Achievement and the National Foundation for Advancement in the Arts, and numerous regional awards.
Loading...
or
Not Currently Available for Direct Purchase