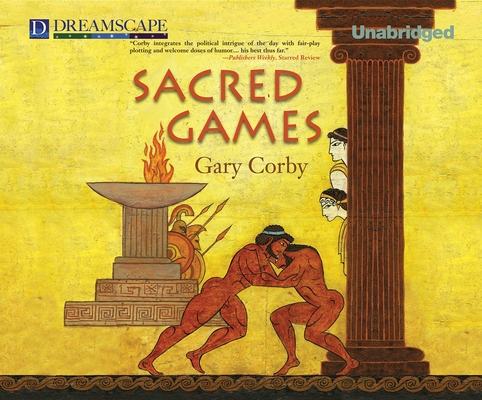 It is the Olympics of 460 BC. Nico's best friend, Timodemus, is a competitor in the pankration, the deadly martial art of ancient Greece. Timo is hot favorite to win. His only serious rival is Parmonos from Sparta. When Parmonos is found beaten to death, it is obvious Timodemus must be the killer. The Judges of the Games sentence Timodemus to be executed in four days' time. Complicating everything is the fact that Athens and Sparta are already at each other's throats. If an Athenian is found to have cheated by murdering a Spartan, it will be everything the hawks in Sparta need to declare open war. Nico and his partner in sleuthing, Diotima, have four days to save their friend and avert a war.

Gary Corby has long been fascinated by ancient history, finding it more exciting and bizarre than any modern thriller. He's combined the ancient world with his love of whodunits, to create an historical mystery series set in classical Greece. Gary lives in Sydney, Australia, with his wife and two daughters. He blogs at A Dead Man Fell from the Sky, on all things ancient, Athenian, and mysterious. READER BIO Erik Davies is a Los Angeles based actor of stage and screen whose television credits include ER, Third Watch, and Curb Your Enthusiasm. His stage credits include G.R. Point and Unpublished Letters. Erik recently received an Earphones Award from AudioFile for his narration of Open: An Autobiography by Andre Agassi.
Loading...
or
Not Currently Available for Direct Purchase