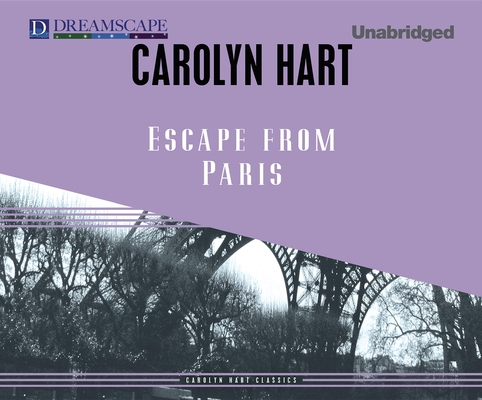 The year is 1940. As England braces for invasion and the German army overruns Europe, two American sisters in Paris risk their lives to save a downed British airman from Nazi arrest. Linda Rossiter and Eleanor Masson soon realize the price they may pay when they read this ominous public notice: ""All persons harbouring English soldiers must deliver same to the nearest Kommandantur not later than 20 October 1940. Those persons who continue to harbour Englishmen after this date without having notified the authorities will be shot."" On Christmas Eve, the Gestapo sets a trap, and death is only a step behind the two American women.

An accomplished master of mystery, Carolyn Hart is the author of forty-seven novels of mystery and suspense. Her books have won multiple Agatha, Anthony, and Macavity awards. One of the founders of Sisters in Crime, Hart lives in Oklahoma City, where she enjoys mysteries, walking in the park, and cats. She and her husband Phil enjoy the company of an orange tabby and brother and sister brown tabbies. READER BIO Jennifer Bronstein is originally from Los Angeles, California. She earned her BFA degree in Theater from the Meadows School for the Arts at SMU in Dallas, Texas. TV credits include roles on NBC's Chuck and Fox's The OC. In 2011 Jennifer got to work with Jesse Eisenberg and Aziz Ansari in Columbia Pictures' Feature Film 30 Minutes or Less.
Loading...
or support indie stores by buying on