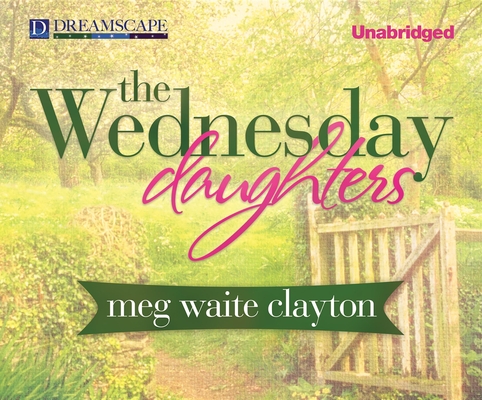 Hope Tantry arrives at cottage in England's pastoral Lake District where her mother, Ally, spent the last years of her life. Ally - one of a group of women who called themselves the Wednesday Sisters - had used the cottage while she worked on her unpublished biography of Beatrix Potter. Traveling with Hope are friends Anna Page and Julie, first introduced in The Wednesday Sisters, now grown women grappling with issues of a different era. Tucked away in a hidden drawer, Hope finds a stack of Ally's notebooks, written in a mysterious code. As she, Julie, and Anna Page try to decipher Ally's writings, they are forced to confront their own struggles: Hope's doubts her marriage, Julie's grief over her twin sister, Anna Page's fear of commitment.

Meg Waite Clayton is the author of the national bestseller, The Wednesday Sisters, and The Language of Light, a Bellwether Prize finalist. She hosts a blog featuring well-known authors sharing stories about their paths to writing and publishing. Her short stories and essays have been read on public radio and appeared in several magazines. She's a graduate of the University of Michigan and Michigan Law School, and lives with her family in Palo Alto, California. READER BIO Lesa Lockford is a professor in the Department of Theatre and Film at Bowling Green State University. She teaches courses in voice for the actor, dialects, acting, and performance studies. She is also a writer and performer. Before becoming a teacher, she was a professional actor in Great Britain where she appeared in a variety of roles in television, film, and on the stage. She trained at the Royal Academy of Dramatic Art in London.

Praise For The Wednesday Daughters…

"What a rich book! With her cast of fresh, engaging characters and her vivid English Lake District setting, Meg Waite Clayton reveals so much about our most vital human connections: the relationships that infuriate us, challenge us, make us happy, make us whole." - Marisa de los Santos, New York Times bestselling author of Falling Together and Love Walked In
"A captivating novel about mothers and daughters, lifelong friendships, love affairs, betrayals, and redemption. Clayton transports us to the English Lake District, an area rich in literary history and romance, where her characters' secrets unfold in ways both satisfying and surprising." - J. Courtney Sullivan, New York Times bestselling author of Commencement and Maine