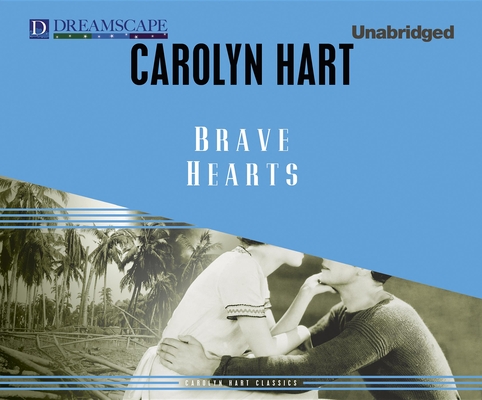 Catharine Cavanaugh is caught in a loveless marriage. Married to a British diplomat, she goes through the motions of playing the dutiful American wife in war-time London, while nightly German bombers bring terror and death to the city. Then she meets American war correspondent Jack Maguire and discovers hope and love again in the midst of desolation. But war soon comes between them. When Catharine and her husband are unexpectedly transferred to the Philippines, Jack follows. Shortly after their arrival, the Japanese attack. The trapped civilians, including Catharine and Jack, are forced into a harrowing adventure to escape the marauding Japanese army. This taut page-turner vividly reveals how ordinary people can become heroes when forced to confront heart-rending decisions in almost impossible circumstances.

An accomplished master of mystery, Carolyn Hart is the author of forty-seven novels of mystery and suspense. Her books have won multiple Agatha, Anthony, and Macavity awards. One of the founders of Sisters in Crime, Hart lives in Oklahoma City, where she enjoys mysteries, walking in the park, and cats. She and her husband Phil enjoy the company of an orange tabby and brother and sister brown tabbies. READER BIO Jennifer Bronstein is originally from Los Angeles, California. She earned her BFA degree in Theater from the Meadows School for the Arts at SMU in Dallas, Texas. TV credits include roles on NBC's Chuck and Fox's The OC. In 2011 Jennifer got to work with Jesse Eisenberg and Aziz Ansari in Columbia Pictures' Feature Film 30 Minutes or Less.
Loading...
or
Not Currently Available for Direct Purchase