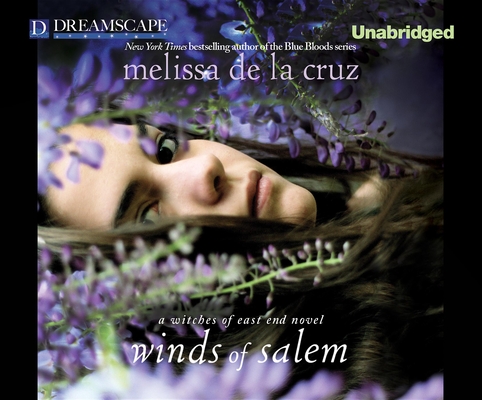 Freya Beauchamp has been kidnapped and sucked into the past, forced to relive the horrors of Salem and return to the witch-burning hysteria that gripped the small Massachusetts town. Freya's family is determined to save her, but the Passages of Time are closed to the Beauchamp family, leaving them stuck in the present. Joanna, Freddie, and Ingrid must find another way back to save Freya before it's too late. Because this time, when Freya is hanged, she's not coming back... ever. The Beauchamps are sure that their nemesis, the trickster god Loki, is behind Freya's kidnapping - but is the witch hunt just a way for the power-seeking Putnam family to settle scores and consolidate their hold on the lands and power in town?

Melissa de la Cruz is the author of many bestselling novels, including all the books in the Blue Bloods series: Blue Bloods, Masquerade, Revelations, The Van Alen Legacy, Keys to the Repository, Misguided Angel, Bloody Valentine, and Lost in Time. She lives in Los Angeles, California, with her husband and daughter, and is hard at work on the next book in the Blue Bloods saga. READER BIO Katie Schorr has narrated numerous audiobooks, including The Immortals series and The Shadow Falls series. She is a performer at the Upright Citizens Brigade Theatre, has filmed various national commercials, and co-stars in the web series Yoga Partners - www.yogapartnerswebseries.com.
Loading...
or
Not Currently Available for Direct Purchase