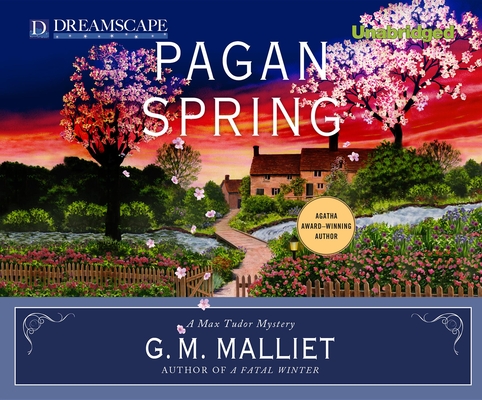 Vicar Max Tudor, reveling in his new-found personal happiness with Awena Owen, feels that life at the moment holds no greater challenge than writing his Easter sermon. With Awena away, he looks forward to a dinner that includes newcomers to the village like West End dramatist Thaddeus Bottle and his downtrodden wife Melinda. But when one of the dinner guests is found dead in the pre-dawn hours, Max knows a poisonous atmosphere has once again enveloped his perfect village of Nether Monkslip. Connections to long-ago crimes, some sparked by the paintings of a famous local artist, help Max unravel the clues - but can he restore peace to Nether Monkslip and still manage to finish his sermon?

Winner of the Agatha Award for Death of a Cozy Writer, which initially won the Malice Domestic grant, G.M. Malliet attended Oxford University and holds a graduate degree from the University of Cambridge, the setting for her first series, the St. Just mysteries. READER BIO Michael Page has been recording audiobooks since 1984, has recorded over two hundred titles, and has won several AudioFile Earphones Awards. As a professional actor, Michael has performed regularly since 1998 in Peterborough, New Hampshire. He is currently a professor of theater at Calvin College in Grand Rapids, Michigan, where he lives with his wife and daughters. He has a particular interest in Shakespeare and Eastern European theater and travels frequently to Hungary and Romania.
Loading...
or
Not Currently Available for Direct Purchase