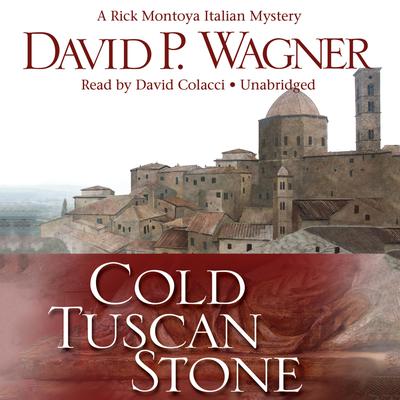 Rick Montoya has just moved fromSanta Fe to Rome, embracing the life of a translator. He’s beginning to settlein to la dolce vita when school friend Beppo, now senior in the Italian ArtSquad, recruits Rick for an unofficial undercover role. Armed with a list ofgalleries, suspects, and an expense account, Rick arrives in Tuscanyposing as a buyer for a Santa Fe gallery to flush out traffickers in pricelessburial urns.

However, before sunset on his first dayin Volterra, the challenge intensifies. Rick has one quick conversation with agallery employee who dies minutes later in a brutal fall from a high cliff. Hasthe trade in fraudulent artifacts upgraded to murder? Are the traffickersalready on to Rick?

The local commissario and his teamconsider Rick an amateur and, worse, a foreigner. Plus Rick is a suspect inwhat proves to be the dead man’s murder. While the Volterra squad pursues itsleads, Rick continues to interview his list: a museum director, a top galleryowner, a low-profile import-export businessman and his enterprisingcolor-coordinated assistant, a sensuous heiress with a private art specialtyand clientele. When Rick’s girlfriend Erica, an art history professor, arrivesfrom Rome to visit him, she rekindles a friendship with an alluring, maybe dangerous,acquaintance. Has Rick’s role made him the target of both cops and criminals?

David Wagner, a retired Foreign Service officer, spent nine years in
Milan and Rome during his career and now writes tourist materials about
Italy. He earned his BA in English from Michigan State University,
served in the Peace Corps in Chile, and taught high school English
before entering the diplomatic service. He lives in New Mexico with his
wife and their four cats.