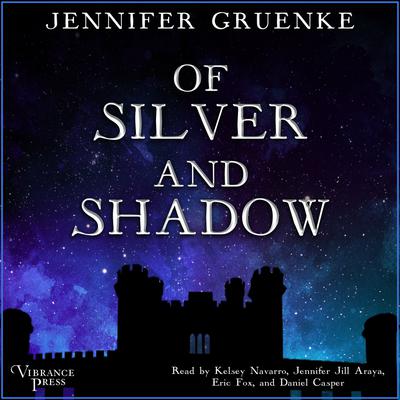 Of Silver and Shadow (Digital Audiobook)

Ren Kolins is a silver wielder-a dangerous thing to be in the kingdom of Erdis, where magic has been outlawed for a century. Ren is just trying to survive, sticking to a life of petty thievery, card games, and pit fighting to get by. But when a wealthy rebel leader discovers her secret, he offers her a fortune to join his revolution. The caveat: she wont see a single coin until they overthrow the King.  Behind the castle walls, a brutal group of warriors known as the Kings Children is engaged in a competition: the first to find the rebel leader will be made Kings Fang, the right hand of the King of Erdis. And Adley Farre is hunting down the rebels one by one, torturing her way to Ren and the rebel leader, and the coveted Kings Fang title.  But time is running out for all of them, including the youngest Prince of Erdis, who finds himself pulled into the rebellion. Political tensions have reached a boiling point, and Ren and the rebels must take the throne before war breaks out.

Jennifer Gruenke is a graduate of UC Santa Barbara, where she studied communication and writing. She grew up among the redwoods of Northern California, and now lives in Charlotte with her books and the houseplants she hasn't killed yet. If she's not writing or reading, you're most likely to find her in a cafe, music venue, or the aisles of Trader Joe's.