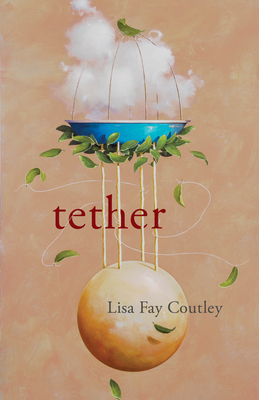 "In TETHER, a spacecraft of a book superbly conceived and assembled, Lisa Fay Coutley engineers both recovery and healing in poems that swerve emotionally between the landing bays of grief, longing, and wonder. A bright hunger constellates around these poems, but so too the immensities of love. TETHER is a burning inquiry into the miracle of being here on earth and what keeps us fastened to each other, for better or worse."-Major Jackson

"Lisa Fay Coutley's TETHER is characterized by a compressed tension, each line, each word, hitched to the next, quivering with the effort to remain connected and with the opposing desire to be released. The image of the tether accrues intensity in the course of the book: astronaut tethered to the ship, poet to the poem, mother to the homeless, addict child and child to the mother, and in the space between 'the two / great opposing poles' is God, who learns, in that chasm, 'wonder & suffering.' Indeed, oppositional forces reign in these poems; there are no conventional false resolutions to be had. 'Every event / that's saved my life has nearly killed me, ' the speaker declares, and 'I would rather live / with my burning than sleep with my dead.' This is a far-reaching book, a political book, a deeply personal and heroic book. Its thesis is reflected in its enviably honed diction. 'Mystery is her / bitch, ' the speaker writes of the eclipsing sun. The same is true of Lisa Fay Coutley and the ravishing poems of tether."-Diane Seuss

"TETHER is a book of distances and intimacies, of letters never sent and dream talks and delayed communiques. It is a study of distance between us, between an astronaut and a poet, between lovers, between ourselves and eachother, ourselves and ourselves. 'We are the beached boat / with a hole inits hull, ' admits the poet. Each of us, even as 'baby in a womb is a cloud.' And yet there is so much love. And yet, everything that happens tous, happens for a purpose. And when one turns worthy, a giant squid washes ashore.It is this knowing, this insight into our distances (of years, of geography, of a space of a single day) here that I find compelling: '& how far / must you back away / from yourself / to see / yourself / as the Astronaut / sees/ Earth.' Beautiful work."-Ilya Kaminsky

"Is it desire, wonder, duty, or memory that keeps us most firmly tethered to the world, where 'truth is every bird starving, ' and we live in constant awareness of all the forces that threaten to break the bonds between us and our loved ones? A mother's death, a son's drug addiction, the disastrous world news filtered daily through the internet: how do we reconcile the painful events that define our existence with our hope for a more secure future? Through sinewy, sometimes hallucinogenic syntax that threatens to (but never does) spin out of control, TETHER's poems examine a contemporary and very human paradox, in which we long to absent ourselves from our grief, while also needing to document our losses so as to ensure we won't forget. TETHER reminds us that we are formed as much from pain as from delight and that, in her ability to look back upon her past, upon today's terrible and compelling news, the contemporary poet is like an astronaut, able to regard the world 'from a great height, ' a witness to what most of us cannot bear to see."-Paisley Rekdal