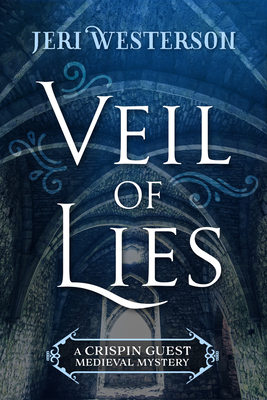 Crispin Guest has fallen far from his privileged position as a knight in medieval high society. Accused of treason, abandoned by former friends and allies, he has survived on the gritty streets of London by reinventing himself as “The Tracker,” a private investigator for hire who can locate lost objects or uncover the clandestine lives of people.

When the secretive, wealthy merchant Nicholas Walcote hires Guest to investigate his alluring young wife Philippa for adultery, he discovers a seedy underworld of covert dealings and violent men of mystery. Philippa is indeed hiding something and she’s not the only one. Guest soon learns that Walcote is rumored to be in possession of a mystical holy relic so powerful that some would even kill for it.

Guest must contend with his nemesis, Sheriff Simon Wynchcombe in the search for answers to the questions surrounding the mysterious Walcotes. With each new day comes another layer of intrigue and Guest quickly becomes entangled in a strange world of superstition, seduction, and murder.

Jeri Westerson is the author of the Crispin Guest Medieval Mysteriy and the Booke of the Hidden series. Her books were finalists for several major mystery awards, including the Agatha, the Shamus, and the Macavity. She lives in Menifee, California.
Loading...
or support indie stores by buying on