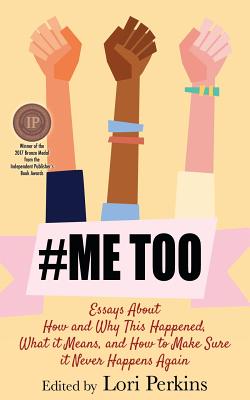 Essays About How and Why This Happened, What It Means and How to Make Sure it Never Happens Again

#MeToo: Essays About How and Why This Happened,

More than 16 million people had posted their #MeToo story and support against sexual harassment by mid-October as a reaction to Rose McGowan's brave admission that she had allegedly been raped by Hollywood mogul Harvey Weinstein. A groundswell of reaction to and exposure of this sexual predation was unleashed that has spread throughout Europe and beyond. New revelations of unacceptable behavior in every industry break every day as people come forward in response to the viral #MeToo posts. Protests are scheduled such as the "Take back the Workplace" Hollywood march in November of 2017, and legislation is being drafted in New York and California to finally change the way things have been for far too long.

This is the turning point. Things are going to change.

This is a historic moment and it needs to be memorialized, passed around and passed on. Although social media is a fantastic means of igniting a fire, it needs to keep burning, like a torch.

So Riverdale Avenue Books, a woman-owned leading hybrid publisher, is putting its money, words and power, behind this and publishing this collection of 26 essays from people who understand want to make this change, and we, as a society, have got to figure out a way to drive that change forward.

So pass this book around. Share it with your sons, brothers, fathers, your daughters, sisters and mothers, your co-workers and friends. Read passages to them, if they won't read it for themselves. Leave it on the desk of someone who should know better.

Help us make this movement more than a hashtag.