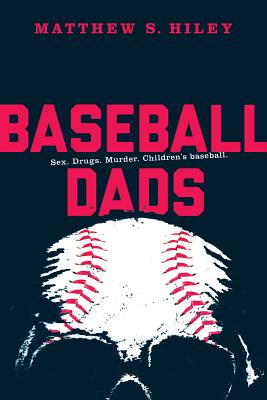 Dwayne Devero is just like you and me, except he simply doesn't give a s**t any more. He's had enough. He's done with people living life wrong. You'll do it right, or he'll bury you under the bases at the ballpark where he coaches. It's just that simple.

Tired of poor decisions being made all around him, from the politics of player positions on his son's little league baseball team to the philandering of his wife in his own bedroom, Dwayne decides that breaking is better than bending. What follows is a wild ride full of carnage and revenge, led by a man who will stop at absolutely nothing to bring honor back to his family, his community... and children's baseball.

Baseball Dads is a pitch black comedy in which one man takes on the duty of bludgeoning honor back into a sometimes dishonorable world.

Baseball Dads is Matthew S. Hiley's third novel. His first, 2010's Hubris Falls, met with much critical acclaim and dealt, in very raw language, with the taboo realities of race, religion, and politics. His second novel, 2011's The Candidates: Based on a True Country, is a dark and absurd comedy in which the author takes swipes at the hypocrisy and self-serving nature of those leading the country, as well as the fame whores in reality television.Hiley's books always contain a strong message. Sure, you may have to wade through some harsh language, crazy sex, and a plethora of drugs to find it. . . . But it's there, and it might just slap you in the face when you're least expecting it.Hiley was born and raised in Fort Worth, Texas. He and his wife have four children together, along with five dogs, six cats, and two lizards. A terrible musician, a reprehensible fisherman, a less-than-mediocre golfer, and a talentless children's baseball coach, Hiley has found his place in life as a writer whose voice is sharp, witty, and unafraid.
Loading...
or
Not Currently Available for Direct Purchase