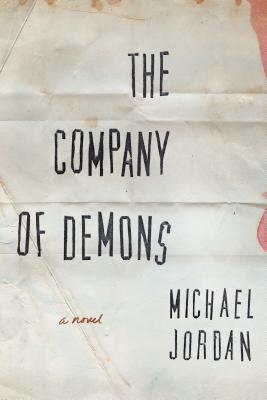 The Company of Demons

The brutal murder of a friend leaves lawyer John Coleman stunned and sends shockwaves through the city of Cleveland. The technique of the killing recalls memories of the Torso Murderer, who dismembered at least twelve people decades ago and then vanished--eluding even legendary crime fighter Eliot Ness. Jennifer, the victim's beautiful daughter, hires John to handle her father's estate, and romantic feelings for her soon complicate his already troubled marriage. When John finds himself entangled with a cold-blooded biker gang, an ex-cop with a fuzzy past, and the drug-addicted son of the dead man, he struggles to make sense of it all.
​But he cannot shake a growing sense of dread.

Michael Jordan obtained his undergraduate degree from Ohio Wesleyan University with highest honors, and his law degree from George Washington University, where he was a member of the Law Review. A trial lawyer and arbitrator for over three decades, he has been recognized as an Ohio Super Lawyer(R) and named to Best Lawyers in America(R). The Company of Demons is his first novel. A native of Saginaw, Michigan, Michael and his wife, Linda Gross Brown, a soft pastel artist, divide their time between homes in Rocky River, Ohio, and Longboat Key, Florida. They enjoy traveling, pleasure boating, and very cold martinis.
Loading...
or
Not Currently Available for Direct Purchase