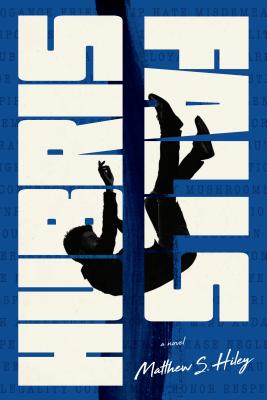 A Most Fantastic Tragedy

The year was 1997. For Brian "Legs" Hamilton and his friends, it was the summer that followed graduation from college, the summer before life as an adult actually began--back when they were still invincible. It became the summer when anything that might have remained innocent in their lives came to an abrupt end.

Legs and his friends embark upon one last road trip before they must face the real world. They set their sites on rafting amidst the canyons of the Rio Grande River along the Mexican border as their final chaotic drug-fueled exploit. A five-day adventure that was supposed to be the best time in these young men's lives ends as a nightmare that will haunt them forever. We all love our friends. We think we know them, and we think we know ourselves. Sometimes, though, circumstances spiral out of control, and life forces us to confront who we are and whom we've surrounded ourselves with.

Hubris Falls is a fast-paced, darkly comic tale of a group of men on their final, drug-fueled bender before adulthood who are trying to find their way--but are finding only the harshness and tragedy of life instead.

Matthew S. Hiley is a novelist from Fort Worth, Texas. He is happily married to his college sweetheart and a proud father of four children. A terrible musician, a reprehensible fisherman, and a mediocre golfer, Hiley decided to take a break from the business world a few years ago to pursue his lifelong passion of writing. His writing style is sharp, witty, and unafraid.
Loading...
or
Not Currently Available for Direct Purchase