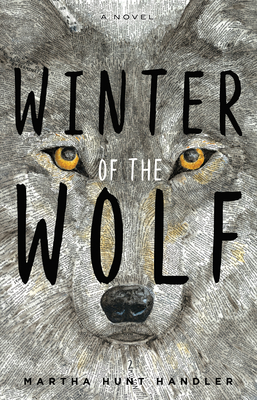 Winter of the Wolf

A tragic mystery blending sleuthing and spirituality ​An exploration in grief, suicide, spiritualism, and Inuit culture, Winter of the Wolf follows Bean, an empathic and spiritually evolved fifteen-year-old, who is determined to unravel the mystery of her brother Sam's death. Though all evidence points to a suicide, her heart and intuition compel her to dig deeper. With help from her friend Julie, they retrace Sam's steps, delve into his Inuit beliefs, and reconnect with their spiritual beliefs to uncover clues beyond material understanding. Both tragic and heartwarming, this twisting novel draws you into Bean's world as she struggles with grief, navigates high school dramas, and learns to open her heart in order to see the true nature of the people around her. Winter of the Wolf is about seeking the truth--no matter how painful--in order to see the full picture. In this novel, environmentalist and award-winning author, Martha Handler, brings together two important pieces of her life--the death of her best friend's son and her work as president of the Wolf Conservation Center--to tell an empathetic and powerful story with undeniable messages.

Martha Hunt Handler grew up in northern Illinois dreaming about wolves and has always understood that her role in this lifetime is to tell stories and be a voice for nature. She has been an environmental consultant, a magazine columnist, an actress, and a polar explorer, among other occupations. She has also driven across the country in an 18-wheeler and been a grand-prize winner of The Newlywed Game. Soon after she and her family relocated from Los Angeles to South Salem, New York, she began to hear wolves in her backyard. This was the start of her twenty-plus-year career as an advocate for wolves at the Wolf Conservation Center, where she currently serves as Board President.
Loading...
or support indie stores by buying on