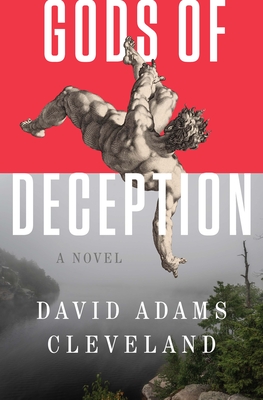 At age ninety-five, Judge Edward Dimock, patriarch of his family and the man who defended accused Soviet spy Alger Hiss in the famous 1950 Cold War "trial of the century," is writing his memoir at his fabled Catskill retreat, Hermitage, with its glorious Italian Renaissance ceiling. Judge Dimock is consumed with doubts about the troubling secrets he's kept to himself for over fifty years--secrets that might change both American history and the lives of his entire family. Was his client guilty of spying for Stalin or not? And if guilty, did Hiss's crimes go far beyond his perjury conviction--a verdict that divided the country for a generation? ​Dimock enlists his grandson, George Altmann, a brilliant Princeton astrophysicist, in the quest for truth. Reluctantly, George finds himself drawn into the web of deceit that has ravaged his family, his curiosity sparked by a string of clues found in the Judge's unpublished memoir and in nine pencil sketches of accused Soviet agents pinned to an old corkboard in his grandfather's abandoned office. Even more dismaying, the drawings are by George's paternal grandfather and namesake, a once-famous painter who covered the Hiss trial as a courtroom artist for the Herald Tribune, only to die in uncertain circumstances in a fall from Woodstock's Fishkill Bridge on Christmas Eve 1949. Many of the suspected spies also died from ambiguous falls (a KGB specialty) or disappeared behind the Iron Curtain--and were conveniently unable to testify in the Hiss trial. George begins to realize the immensity of what is at stake: deceptive entanglements that will indeed alter the accepted history of the Cold War--and how he understands his own unhappy Woodstock childhood, growing up in the shadow of a rumored suicide and the infidelities of an alcoholic father, a roadie with The Band. In Gods of Deception, acclaimed novelist David Adams Cleveland has created a multiverse all its own: a thrilling tale of espionage, a family saga, a stirring love story, and a meditation on time and memory, astrophysics and art, taking the reader on an unforgettable journey into the troubled human heart as well as the past--a past that is ever present, where the gods of deception await our distant call.

David Adams Cleveland is a novelist and art historian. His previous novel, Time's Betrayal, was awarded Best Historical Novel of 2017 by Reading the Past. Pulitzer prize-winning author Robert Olen Butler called Time's Betrayal "a vast, rich, endlessly absorbing novel engaging with the great and enduring theme of literary art, the quest for identity." Bruce Olds, two-time Pulitzer-nominated author, described Time's Betrayal as a "monumental work . . . in a league of its own and class by itself . . . a large-hearted American epic that deserves the widest possible, most discriminating of readerships." In summer 2014, his second novel, Love's Attraction, became the top-selling hardback fiction for Barnes & Noble in New England. Fictionalcities.uk included Love's Attraction on its list of top novels for 2013. His first novel, With a Gemlike Flame, drew wide praise for its evocation of Venice and the hunt for a lost masterpiece by Raphael. His pathbreaking art history book, A History of American Tonalism 1880 - 1920, Crucible of American Modernism, has just been published in a third edition with a new sixty-page introduction by Abbeville Press; this bestselling book in American art history won the Silver Medal in Art History in the Book of the Year Awards, 2010, and Outstanding Academic Title 2011, from the American Library Association. David was a regular reviewer for ARTnews and has written for TheMagazineAntiques, the American Art Review, and Dance Magazine. For almost a decade, he was the arts editor at Voice of America. He worked with his son, Carter Cleveland, founder of Artsy.net, to build Artsy into the leading art platform in the world for discovering, buying and selling fine art. He and his wife split their time between the Catskills and Siesta Key, Florida. More about David and his publications can be found on his author site: davidadamscleveland.com.
Loading...
or support indie stores by buying on