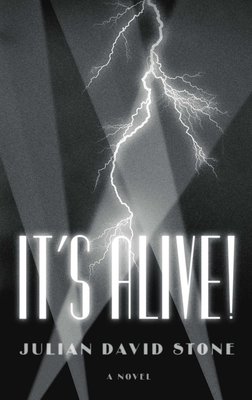 In the summer of 1931, life was good for Junior Laemmle. Though only twenty-three years old, he was the head of all movie production for Universal Pictures, and under his reign, the studio flourished. So much so, he was about to be bestowed with the greatest honor a young executive can receive in Hollywood: a promotion to vice president of the entire company. What's more, Carl Laemmle, his father and founder of the studio, was returning to California for the first time in years to personally present the honor to his son. Or so Junior thought. When his father arrives, Junior discovers that instead of being grateful for transforming and catapulting the out-of-date studio into the future, his father is obsessed with Junior's next production: Frankenstein. Like the year before, Carl is fervently against making another grisly and gothic film, despite Dracula becoming a huge hit--a project which Junior fought for and personally oversaw through production. Also not helping Junior's cause, though the film is just days away from beginning production, the final choice between Bela Lugosi and Boris Karloff to play the role of the Monster, has yet to be made. It's Alive is a thrilling and vibrant portrait of 1930s Hollywood centered around the chaotic and exciting days just before the filming of the beloved cult-classic film, Frankenstein. Woven with hopeful passion, emotional vulnerability, staunch determination, and creative fulfillment, readers will be swept along with breathless cinematic pace through events that will not only change the lives of everyone involved, but Hollywood itself.

Julian David Stone grew up in the San Francisco Bay Area, eventually relocating to Los Angeles to study filmmaking and then enter the entertainment business. His previous work include screenplays for Disney, Paramount, Sony, and MGM; the full-length play, The Elvis Test; and several short-form documentaries on Frank Sinatra for Warner Bros. He is also the writer and director of the hit cult comedy feature film, Follow the Bitch, which has played to packed houses all around the country and received numerous awards. Recently he began writing books, with his award-winning debut novel: The Strange Birth, Short life, andSudden Death of Justice Girl, which is about the world of the 1950s live television. It is currently being turned into a TV series. Julian is also the author of the best-selling coffee table book, No Cameras Allowed: My Career As An Outlaw Rock & Roll Photographer, detailing in words and photos his wild adventures photographing rock and roll concerts in the 1980s.
Loading...
or support indie stores by buying on