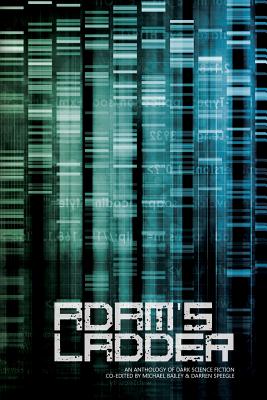 The future of humankind as an ever-changing organism is a subject of much debate. Where is our evolutionary path leading? Will the next rung take the form of mental transcendence, will it set humankind on a course toward divinity, or will this uncertain path involve a dark and terrible reversion? Co-editors Michael Bailey and Darren Speegle present eighteen tales of dark science fiction that explore the course of evolution, written by some of the best literary minds in the fields of science fiction and horror.

Michael Bailey (co-editor) is a multi-award-winning writer, editor, and book designer, and the recipient of over two dozen literary accolades, including the Bram Stoker Award, Benjamin Franklin Award, Eric Hoffer Book Award, and Independent Publisher Book Award. His nonlinear novels include PALINDROME HANNAH, PHOENIX ROSE, and PSYCHOTROPIC DRAGON, and he has published two short story and poetry collections, SCALES AND PETALS, and INKBLOTS AND BLOOD SPOTS, as well as ENSOa children's book. He has created anthologies such as QUALIA NOUS, THE LIBRARY OF THE DEAD, four volumes of CHIRAL MAD, YOU HUMAN, and a series of illustrated books. Darren Speegle (co-editor) is the author of six books, including his recently released debut novel THE THIRD TWIN. His second novel, ARTIFACTS, is due in 2018. He is the author of five short story collections, including the 2016 release A HAUNTING IN GERMANY AND OTHER STORIES. He is co-editor with Michael Bailey on the themed anthologies ADAM'S LADDER and PRISMS (in progress). His short fiction is forthcoming in BEST NEW HORROR 28, and TALES FROM THE LAKE VOL. 4. His work has previously appeared in such venues as Clarkesworld, Subterranean, Cemetery Dance Magazine, Postscripts, ChiZine, The Third Alternative, and Subterranean: Tales of Dark Fantasy. Between gigs as a federal contractor in the Middle East, Darren resides in Thailand. When not writing, he enjoys outdoor activities like hiking and biking.
or
Buy Here
Copyright © 2020 American Booksellers Association