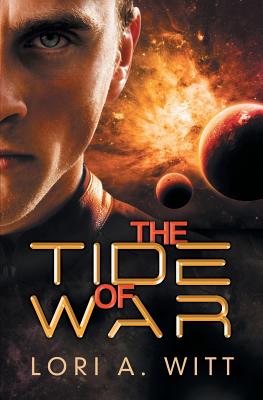 The Tide of War

Lieutenant Commander Kyle West is one of Unified Fleet's greatest fighter pilots. Every day, he leads his squadron into battle over Earth's cities in a seemingly endless war against a vicious alien race, defending his home and his loved ones.

Millions of miles away, the Fleet's Elite Squadron attacks from another angle, engaging the enemy on its home turf. Casualties are high, and the Squadron needs more of the Fleet's very best. But joining the Elite is a death sentence-a surety Kyle isn't willing to face. Until a devastating attack wipes out the family he refused to leave.

Commander Andrei Dezhnyov, an Elite Squadron gunner, isn't sure what to make of the cocky new American pilot. Kyle is equally uncertain about the snarly Russian, but as they warm up to each other, their tentative alliance becomes a deep bond-one that endangers them both when a daring and disobedient rescue reveals secrets that call into question everything they've ever believed about their enemy. Secrets that their superiors would kill to protect.