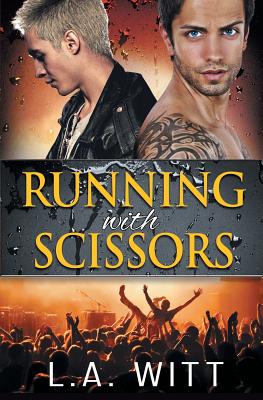 Eighteen months ago, drummer Jude Colburn made the biggest mistake of his life when he walked away from his band just as they were on the brink of success. Now, he's got a second chance. The band's bassist just quit, and Jude plays bass almost as well as he plays drums. The other band members aren't thrilled, but they are desperate.

Running with Scissors needs him, but there's one condition: no hooking up with bandmates. That's what ruined things eighteen months ago, after all. Jude's on board, but no one warned him about the drummer who replaced him. A.J. Palmer is shy and unassuming . . . until he hits the stage. He gets Jude's attention from the first beat, and suddenly that "no hookups" rule isn't so easy to follow.

Keeping secrets on a tour bus isn't easy either, and it's only a matter of time before the band catches on. When everything hits the fan, Jude has to choose: a second chance at the career he's always regretted leaving, or a shot at the man of his dreams?