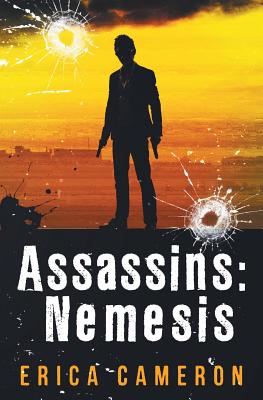 Being orphaned and almost kidnapped in the space of a week sent Blake Marks into hiding. For months, Blake tries to help the Calvers--a family of vigilante bodyguards--investigate the people behind the hit on Blake's father, Isaac, but then the safe house is compromised. Just as hired thugs storm the house to grab Blake, Daelan Calver dives into the fight, getting them both out alive.

Hiding isn't an option anymore, but hit squads, under-the-table deals, and international espionage? Blake has no idea how to handle any of it, not even with Daelan's family there to play teachers. The one thing Blake knows for sure is that there are only two options: keep up with the Calvers or get out of their way.

But even with the Calvers' help and the glimmer of a possible future with Daelan giving Blake hope, chances of survival keep shrinking. The man who ordered the hit on Isaac may be dead, but his partner is viciously cold-blooded, and her plans could change the course of history. Blake wants to finish what Isaac started, but it's looking like someone is going to die before this is over. And that someone might be Blake.